I’ve been using KRK for nearly 10 years, and the new V-Series V8 is now the reason why I stay. Superb high-end articulation, tight and true low end, deep spatial accuracy - I take my KRK’s wherever I go 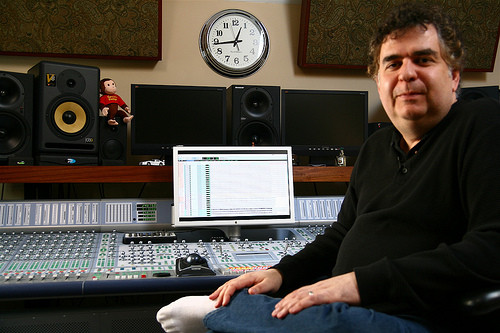 Nashville-Based Engineer and Producer Glenn Rosenstein is a rare “music guy” who used his expertise and knowledge from the analog days to transpire his work into modern approaches to music creation. He burned many cycles at NYC’s Sigma Sound in the ‘80’s honing his craft working with such artists as Madonna, U2, Talking Heads, and Ziggy Marley to name a few. He then grew into producing music for TV shows from Buffy the Vampire Slayer to The Sopranos while racking up Grammy awards, Golden Globes and an Oscar along the way. He now works steadily on major releases in his own Nashville studio

As a KRK user for over 10 years, Glenn currently uses V-Series monitors for what he calls superb high-end articulation, tight and true low end and deep spatial accuracy.